You are here: Home1 / Jason Hassell 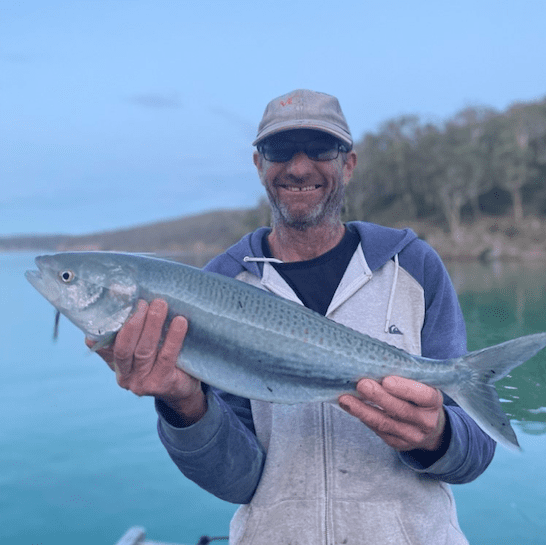 Jason Hassell began professionally oyster farming in 2012. Along with his wife, he farms Sydney Rock Oysters in the Pambula Lake. After working at Broadwater Oysters for 5 years and learning the process of oyster farming Jason purchased some stock and sub leased some ground.  In 2016 after a successful first year of farming he purchased his own lease and left Broadwater to start farming full time. He has continued to increase his farm over the years and now has just over 2 hectares of lease ground. Jason loves the lifestyle that goes with oyster farming, working in the Pambula Lake, his love for the ocean and fishing and working with his wife and family.
https://oceanwatchmasterfisherman.org.au/wp-content/uploads/2022/09/Screen-Shot-2022-09-21-at-8.38.01-am.png 545 546 Emily Bastow https://oceanwatchmasterfisherman.org.au/wp-content/uploads/2021/08/OceanWatchMasterFishermanLogo.svg Emily Bastow2022-09-21 08:39:122022-09-21 08:42:31Jason Hassell